"Honors, that is when justice has its good day." This statement by Konrad Adenauer is more profound than it appears at first glance, as it not only reflects the satisfaction and joy of the person receiving an honor, but also demands justice from the honoree with regard to the awardees.

The DGM awards 13 awards, four of which are granted in relation to congresses or in conjunction with other institutions. 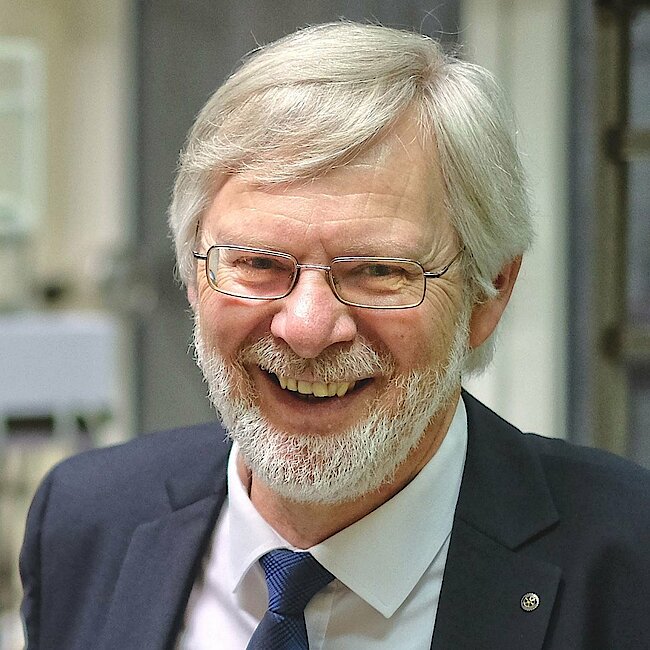 For the remaining 9 awards, which are well known, especially to the participants of the DGM General Assembly, the nominations have so far been proposed by two award committees to the Executive Board, which usually follows these proposals. In the past decades, there have been evolutionary changes to the awards from time to time, for example the introduction of new awards to cover as many stages of a scientific career as possible, or the adaptation of the composition of the committees to the structure of the membership. Triggered not least by the broadening of the thematic areas represented by the DGM (one needs to think only of the various classes of materials), the Advisory Board and the Executive Board have recognized that a fundamental change in the practice of selecting the nominations from the proposals received makes sense. With the mandate to make the selection and awarding of DGM awards more transparent and recognizably impartial, a 16-member "Awards" working group was established, which in two very productive meetings in December 2020 and April 2021, creatively developed proposals for the Executive Board, which adopted them after extensive discussion. Without going into details (that would go beyond the scope of an editorial), I will summarize the most important changes below.

The two Award Committees have been dissolved and replaced by an Award Curatorium of Trustees consisting of a maximum of 10 persons, one of which is the DGM Managing Director, who is a permanent member. The Award Curatorium  will consist of persons from industry, academia and research and will include younger and older DGM members. Young talents should also be represented in the board ; the presidency and Executive Board members are not allowed to be members of the board. The Executive Board decides directly about the honorary membership and the honorary presidency - if these should be given again sometime - without the assistance of the Award Curatorium. The proposals for the other 7 awards have to be submitted to the DGM by December 31st of each year at the latest using the completed nomination template (Nominierungs-Template.pdf (dgm.de) including attachments) to the DGM office, which is to ensure the comparability of the proposals.

The preparation of nominations for the Executive Board by the Award Curatorium is done in a two-step process. In the first step (in February of each year), after reviewing all submitted proposals, each Award Curatorium member individually evaluates the nominees online and anonymously using a point system according to the criteria valid for the various awards. These assessments are then summarized by the office and serve as the basis for determining the nominations, which take place in the second step at a Award Curatorium meeting in March. The final decision on the award winners then rests with the Executive Board at its meeting in April, at which the Award Curatorium spokesperson will present and justify the selections made.

So I can understand that you might think, "That's complicated!". However, I am convinced that the effort is worth it! After all, we want to select the very best for the DGM honors and thus enhance the reputation of the DGM and expand its reach into research and industry. The first round of the procedure described above has already been completed successfully. On March 23rd, the currently 9-person Award Curatorium (including 4 women) met for the first time and was able to work out the nominations from the numerous proposals ( Thank you very much to the proposers!) on the basis of the individual pre-assessments in a very consensual, constructive and effective meeting. Without a two-stage process, we would have had a hard time doing this, since - get this - 126 documents (or 61 MB) had to be worked through in advance for the individual ranking by each Award Board member.

The easiest way to find out and experience who won the race is at the DGM Day. I leave it to your personal assessment whether we could do justice to the demanded fairness from the statement of Konrad Adenauer quoted at the beginning.