35 years of DGM - as time goes by: Petra von der Bey, the assistant to the Managing Director Dr. Stefan Klein and a long-time employee in the DGM office, looks back on more than three decades of work and life experience in the German Society for Materials Science at the beginning of September 2022. A personally exciting time of transformation for her and, at the same time, a reflection of the development history of the DGM. 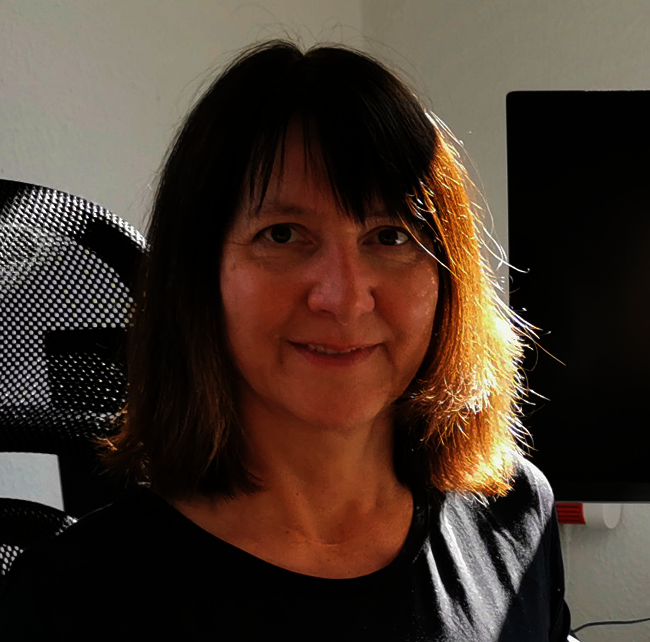 In the August 2022 newsletter editorial, we want to find out more. In this interview, our colleague, Petra von der Bey, is the "memory brain" in the DGM team. With a size of "only" 1.65 m, there is a concentrated load of smartness, assertiveness, and structuredness in combination with a lot of heart and humor.

Petra, you joined the DGM in 1987. What was your original plan?

At that time, I returned after a stay abroad in the USA. The job at the DGM was advertised as a maternity replacement, which suited me very well because I only wanted to work temporarily, supplement my finances, and start studying.

My 35 years with the DGM were an eventful time of professional and content-related changes. Project management of conferences, supervision of the technical committees, member support, further training, trainer's certificate and training of two office clerks, press work and maintenance of the social media accounts, the increasing internationalization: this constant change has always made the work varied. I always think from conference to conference by planning and organizing our events. I live in the future rather than the present. It's a fast-moving business, so three decades have flown by.

Your professional experience with the DGM also means 35 years of DGM development history. As the "memory" of our DGM team - what has changed from then to now?

I have experienced the DGM under 16 chairpersons, three presidents, one president, four managing directors,  70 different colleagues, and four office moves. I organized countless events for the first time, including the first Junior-EUROMAT in Lausanne in 1992 and the following ones and, of course, an absolute highlight, the Materials Week in Stuttgart in 1996. Conferences used to be "male-heavy ."Women tended to attend as accompaniment, for whom we organized special "women's programs." Today the audience is more "female," and the need for accompanying programs has not existed for many years. But from 1987 to 2022, a lot has changed technically. Today I sometimes wonder how we managed to organize the first EUROMAT in Aachen in 1989. Thirty-three years after the first one! I am pleased that I am now part of a team that will contain the 17th EUROMAT, which will take place next year in my hometown of Frankfurt.

FEMS EUROMAT is Europe's most important international conference in Materials Science and Technology. It will take place in Frankfurt in September 2023. How do you organize today?

The first EUROMAT in 1989 was THE major DGM event that paved the way for the international MSE science community. At that time, we organized far away from the internet & co with typewriter, fax, telephone, and cover letters. Today, I have a multitude and variety of modern media and communication tools at my disposal, which allows me to work more efficiently and in a more networked way. At the same time, I challenge myself personally to stay "up to date," as they say today. Thirty years ago, I would not have thought that with my posts for the DGM on LinkedIn, I could build up a community of almost 1800 followers. (laughs)

The more than three decades at the DGM were undoubtedly not only a time of change but also of encounters. Which story do you remember particularly fondly?

It was impressive for me to be able to welcome the Nobel Prize winner in physics Georg Bednorz at Junior EUROMAT 1992 in Lausanne, which I organized. In 1987 he received the award for the discovery of high-temperature superconductors.

I also share memories with Honorary President Prof. Dr. Günter Petzow in the truest sense of the word: I met him in 1988 at the Benedictine Abbey in Ettal, where an organ concert was organized for the DGM as part of the 25th Metallography Conference, followed by a social gathering. He took me under his wing as a young thing back then. Today, our paths in life cross again and again at the various DGM events.

The interview with Petra von der Bey is followed in the August newsletter by a detailed laudation by Dr. Peter Paul Schepp, former Executive Director of the DGM (1990-2009). The DGM joins the praising and thanking words Dr. Schepp's and looks forward to further years of successful cooperation with our colleague and one of the constants of the DGM - Petra von der Bey.