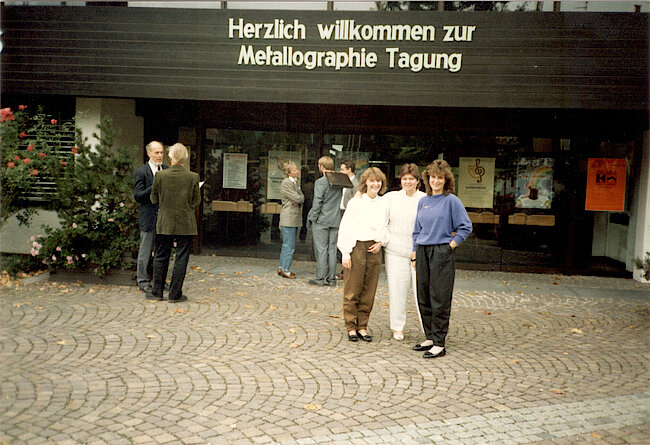 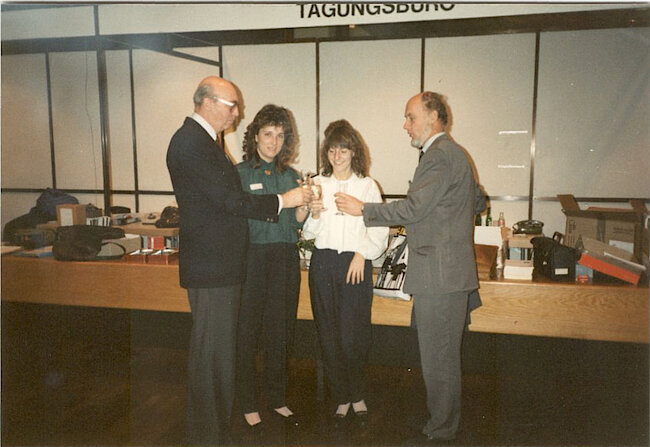 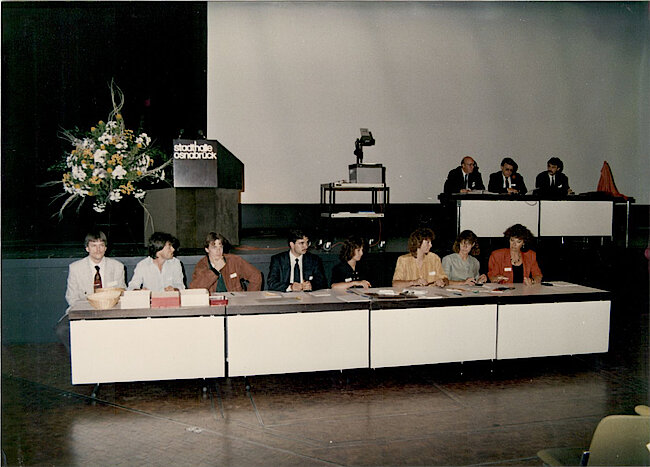 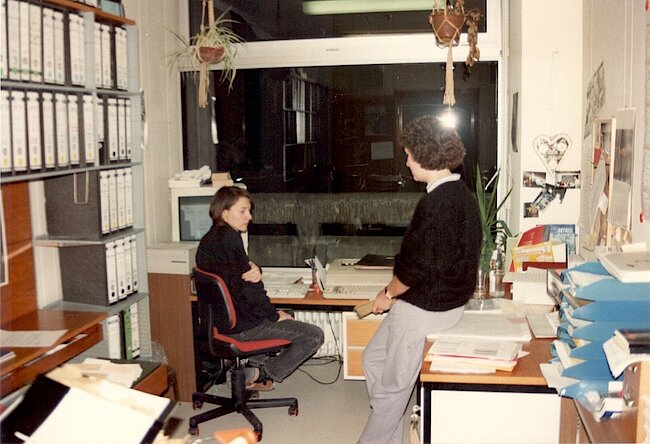 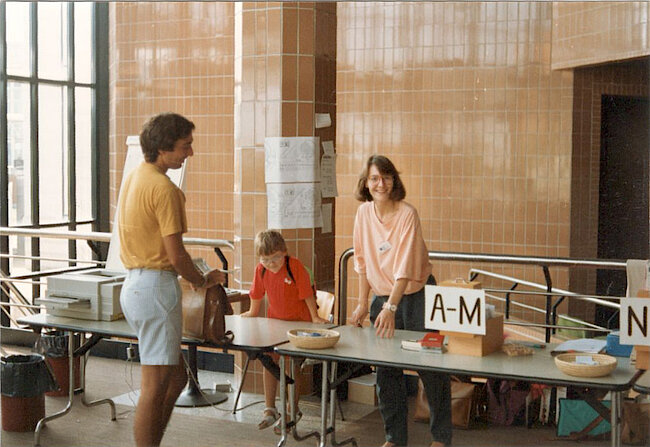 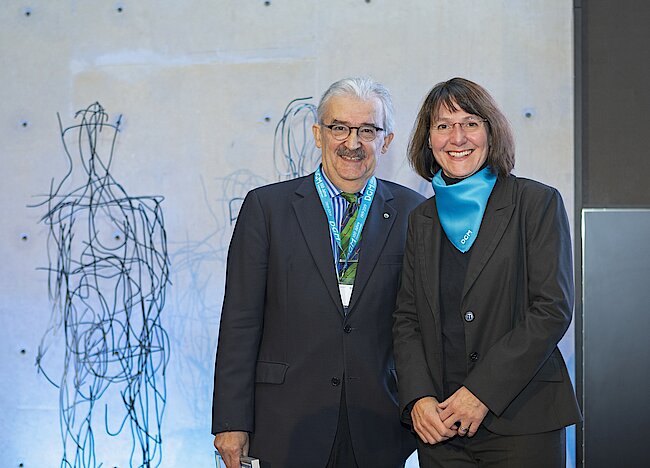 Petra was already there when I joined the DGM in 1990. She was part of the young generation at the DGM office in Oberursel. My predecessor, Volker Schumacher, had hired her three years earlier after her training in a wholesale company and subsequent stay in the USA. Schumacher had already developed the conference business very professionally, also internationally. It was all the more significant that he entrusted Petra with the project management of the metallography conference in Garmisch-Partenkirchen as early as 1988, the general meeting in Karlsruhe in 1989 and the first EUROMAT in Aachen in the same year. This was a great sign of confidence, which I - as a conference participant - could not really appreciate at that time.

First of all, it seemed to me that the time had come to 'computerize' the still completely 'analog' office, i.e. to equip all employees with a PC and to connect them with a simple network. In the process, we were also able to integrate the large address database, which had until then been managed by an external service provider, into our network - a new era for the DGM office. As expected, Petra and her young colleagues quickly found their way in the new computerized administrative world.

Petra's distinctive understanding of order, however, first became apparent to me in the classic filing system. And we had a lot to file: reports and minutes of events, meetings, press reports, market observations, etc. had to be managed, documented and evaluated. The address database also grew and grew. Even though we were not yet able to go digital everywhere with our first computer equipment and software knowledge, I was grateful for the early concurrence from Petra's side.

In 1992, the DGM inaugurated the two-year low-budget conference series 'Junior EUROMAT' on behalf of FEMS at the ETH in Lausanne (CH), to whose success and acceptance among student youth in Western and Eastern Europe Petra contributed very significantly in this early period as project leader at several events in a row. The conference remained with DGM for many years before touring FEMS member countries like EUROMAT from 2016.

After difficult economic times between 1992 and 1994, we started to advertise the 'Materials Week' for 1996 in close cooperation with DKG and VDI-W in Stuttgart. After the success of EUROMAT 1989, it was also obvious to me to entrust Petra with the project management of the Materials Week, which now also included coordination with the two partner associations. The Materials Week was so successful - especially as a joint event of the three associations - that it was continued in English from the second time in 1998 in Munich as 'Materials Week' together with the exhibition 'Materialica' of Messe München. This cooperation opened the series of major interdisciplinary, international conferences of the DGM.

At the end of 1997 Petra went on maternity leave for one year. After her return - also due to the increasing network capability of PCs - home office work also developed in the DGM as a part-time option, especially for young mothers and fathers. This option came in handy for Petra especially in the run-up to EUROMAT 1999 in Munich. The coordination of almost 80 program committee members from all over Europe, who had to evaluate more than 2000 submitted abstracts, could succeed mainly thanks to the just internationally establishing email communication and the further developed internet connection.

After my retirement in 2009, we met again occasionally at one or another DGM event. Most recently, we met again in November 2019 in Berlin for the DGM's 100th anniversary celebration, which of course Petra coordinated.

I experience Petra today as a sovereign Grand Old Lady of the DGM office, the last employee of my service, meanwhile at the side of her fourth (!) Executive Director, Stefan Klein, whom she can help to lead the DGM to a stable new development after the turmoil of the last years.

I am very grateful to her for her loyalty over the years and congratulate her warmly on her not everyday 35th anniversary of service.