48 representatives from industry and research from all over Germany met on 18 January 2023 for the DGM Additive Manufacturing Committee. 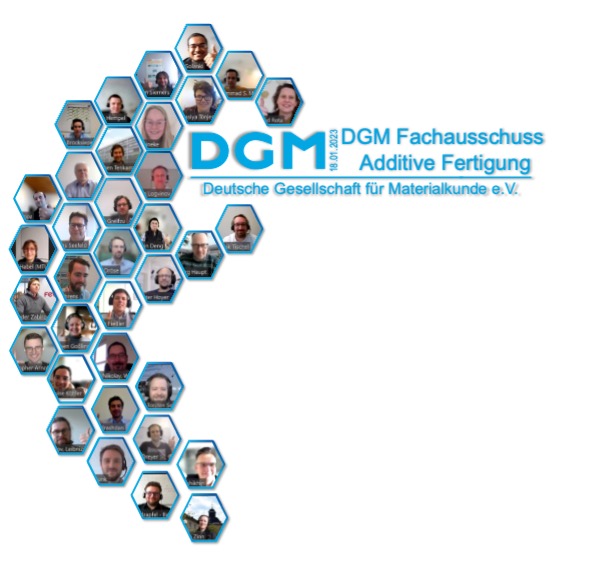 In a welcome address by the committee chair Professor Vasily Ploshikhin to the Expert Committee Additive Manufacturing, the new participants from the industry were also invited to attend the subsequent IAB meeting to assess the two project sketches presented. The first sketch is a joint project between IFAM Bremen and the University of Bremen on the topic of "Metal Binder Jetting". The second is about the surface quality of PBF-LB/M, prepared by the universities of Bochum and Bremen.

An additional focus on metal binder jetting was given in a stimulating lecture by a representative of Volkswagen, Shahrooz Sadeghi. He presented the positive influence of sinter simulations in the process chain of the A-pillar of the T-Roc. In a joint, subsequent discussion, the economic efficiency was once again put about the PBF-LB/M when it comes to small series production.